Torontonicity was invited to attend the launch event of Aeroplan’s dExclusives program, available to Distinction members. To give us an idea of the type of exclusive rewards available via auction in the dExclusives category, we were treated to a live performance of the Sam Roberts Band at Revolution Recording in Toronto’s Leslieville neighbourhood on June 12, 2014.

The Sam Roberts Band performed “Shapeshifters,” “We’re All In This Together,” “Never Enough,” and “Where Have All The Good People Gone,” courtesy of Universal Records.

We were informed about Aeroplan’s dExclusives category, which offers various types of rewards including Escapes, In The City and Money Can’t Buy, which you bid on with your Aeroplan miles. In order to participate in dExclusives, you have to be a member of Aeroplan’s Distinction program.

Some of the recent rewards under dExclusives included:

If you are or have been an Aeroplan member, there are several new features worth mentioning. First is the fact that  effective June 2013, Aeroplan Miles no longer expire if not used within seven years. The one caveat is a member must use their Aeroplan card once a year to remain an active member and not have Aeroplan miles expire.

If you shop at the Aeroplan eStore, you can earn Aeroplan miles on purchases at Chapters.Indigo.ca, Dell Canada, The Gap and Sears. 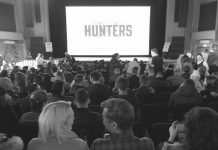 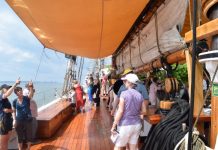