Step into the amazing, changing brain at BRAIN: The Inside Story at the Ontario Science Centre.

It is fascinating to understand how our brains compare to the brains of other species. My inquisitive team went into the Science Centre with a lot of questions: Is the wrinkly brain exclusive to primates? Why does the brain have all these folds? Why don’t some people like ice cream?

At the Science Centre, we also find answers to questions we might never have thought to ask e.g. Do only lizards have a “lizard brain”?

We did not find out why some people don’t like ice cream, but I am getting ahead of myself in my excitement about the brain and all its wonders. We must start at the beginning of the tour. To begin the exploration of the exhibit and the many facets of the brain, walk past a preserved human brain and then step into the exhibition through a tunnel of firing neurons. This heady installation (couldn’t help the pun) evokes the human brain’s neurons and is created from recycled electrical cables and illuminated by racing lights that mimic electrochemical activity in the brain.

The exhibition, on tour from the American Museum of Natural History, illustrates how the brain evolved from primitive forms, develops from fetus to old age, and provides insights into what is currently one of the hottest and most promising fields in science today – neuroscience.

This larger-than-life projection of a woman’s face displaying a range of emotions—fear, rage, disgust, joy, sadness, and surprise—illustrates how humans use facial expressions to communicate feelings.

“Welcome to the Brain” is an object-theater program that allows visitors to take a virtual “tour” of a high school student, Lea, as she auditions for the Juilliard School. Through Lea’s dance audition story, learn the basics of brain anatomy and the key role that the brain plays in controlling senses, emotions, thinking, memory and decision-making. Just before her audition, Lea imagines her dance solo and we get to observe which parts of her brain are active in the imagining process versus which are active in the doing process.

To get the most of the exhibit, plan to spend a few hours of learning and fun:
• How the brain processes language, music and memory
• Do child and adults learn languages the same way
• Why do we remember some events and not others
• How is it that we feel shame or pride
• Just how fast neuron signals zip along (really fast)
• How long can a neuron be (longer than I thought)
• How the highly developed neocortex allows humans to make plans and predictions

Bonus: Your biology lessons will quickly come back to you when you see the names of brain structures such as hippocampus, amygdala, neocortex, and cerebrum. Make sure to remember the words and ideas you learn here as they’ll be useful in intellectual discussions with co-workers and bosses. You’ll also sound pretty brainy at parties.

Talking about walking down memory lane, are you familiar with the misshapen homunculus illustrating the cortical representation of sensory and motor functions? You may have encountered this comical illustration in a biology, neurology or even psychology text.

Are you a numbers person? Do you know how many neurons you have?

A baby is born with 100 billion nerve cells in his or her brain, a number that stays generally constant through adulthood.

Did someone really count them all?

Now that you know you have a lot of marbles, you’ll want to learn how technological advances may change our brains in the future. Plus, you’ll learn about the brain’s surprising ability to rewire itself in response to experience, disability or trauma.

Great takeaways from the brain exhibit include how to keep your brain healthy and how to strengthen your memory.
The exhibit includes various brain-training exercises such as Hands-on Numbers: This exhibit challenges visitors to remember a long sequence of numbers given in “chunks” to illustrate how numbers are easier to remember when presented in small groups instead of in a long series.

We learned a lot at the BRAIN exhibit so we took a mental break at the tropical rainforest, a place so soothing I consider it a spa for the mind.

Inquisitive minds leave the exhibit wanting to learn more. There is always more to learn. How about checking out the Science Centre’s remarkable programming?

Special: This week at the Science Centre

Find out how science and the art of performance work in your brain to challenge how you perceive an illusion. Is it science? Is it magic? In this special demo, visitors will witness a variety of illusions and hear about the science behind them.
Come and see that magic is more than a simple trick!
Time: December 26, 2014 to January 2, 2015 at 12 p.m. & 2 p.m.

How well do you know your brain?
Come to the Ontario Science Centre and find out.
BRAIN: The Inside Story exhibit runs until March 29, 2015.
Emerge a little smarter. 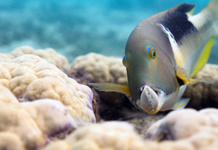 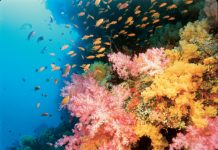 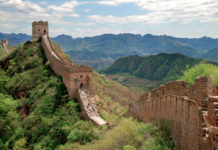 From Dream Big to Biomechanics at the Ontario Science Centre