I was invited to G Adventures Travel’s Ignite The Night event on September 29, 2015 held at the Fermenting Cellar in the Distillery District.

G Adventures is the world’s largest independent adventure travel company, and they held this party to celebrate their 25 years in business.
Upon entering and escaping the rainy evening, I was warmly greeted by the staff, including these bikini-clad women.

The Distillery District is a great place to host big, fun events. We were quickly offered hors d’oeuvres and I tasted a delicious tuna tartare. I then tried a spring roll with avocado.

The drinks on offer that night included the Negroni from Italy, Dalla from Kenya which features the car, and an interesting drink from Brazil.

We arrived early for the VIP party. We got an opportunity to take a look at the silent auction table, which featured a trip to a National Geographic location. Some other pieces included travel clothing such as underwear, hats and jackets.

The Negroni cocktail was bitter and refreshing.
I also found the Dawa vodka honey very tasty!

The Lando vehicle is a new offering for adventure travel and a great improvement from cattle car buses. The Lando features air conditioning, windows that open, quartzware. In addition, travellers can charge their devices at their seats.

The biggest announcement of the evening was that G Adventures is going to partner with National Geographic in a new program called Journey.

G Adventures threw a fantastic party, marking their 25th anniversary and we were happy to have been invited to celebrate with them. 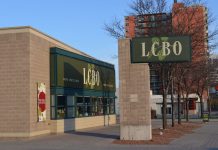 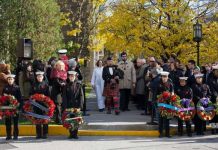 Where to See Remembrance Day Ceremonies in Toronto 2019