Prime Minister Justin Trudeau will be the first Canadian prime minister to march in the Pride Parade that takes place in Toronto on July 3, 2016. The theme for Pride Toronto 2016 is “You Can Sit With Us” for Canada’s first-ever Pride Month, taking place June 2016. Community leaders, members and artists including Prime Minister Justin Trudeau, Ontario Premier Kathleen Wynne and partner Jane Rounthwaite and Toronto Mayor John Tory took part in a photo shoot to highlight Pride Month and its theme, and to demonstrate our diverse community.

“If a picture is worth 1,000 words, maybe 1,000 pictures has the potential to give a true face to our community. And what a truly diverse and beautiful community we have,’” said Mathieu Chantelois, Pride Toronto Executive Director. “By striking a pose for our camera crew, hundreds took a stand for Pride Toronto, they are telling the world that it’s ok to sit with us, but also to rally, march, celebrate, love and change the world with us.”

Noted personalities in the campaign include:

This year’s theme is a play on a line from the 2004 film, Mean Girls. ‘You Can Sit With Us” conveys a message of belonging and inclusion.

Canada’s first-ever Pride Month will feature programming and provocative events throughout the city, with the Pride Parade taking place on July 3, 2016. 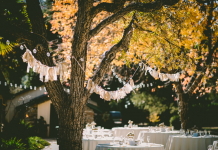 Things to Consider When Planning a Backyard Wedding 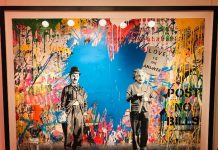 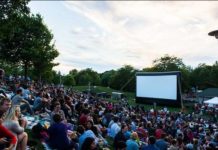 Lori Bosworth - January 15, 2020
13
January is the time when many people not only make resolutions but attempt to declutter their homes and lives to welcome new possibilities in...