The lead-up to the Christmas holiday can get frantically busy with Christmas entertaining dining out and holiday shopping, but, with any luck, you can block off some downtime between Christmas and New Year’s to settle in with a good book. Below, we review five Canadian fiction books that would make great Christmas gifts for the avid reader in your circles.

The Best Kind of People by Zoe Whittall

Zoe Whittall’s Scotiabank Giller Prize nominated book focuses on, George Woodbury, an upstanding citizen, member of a wealth, long-standing family in the community and high school teacher, who intervened in an attempted school shooting. Woodbury who has been accused of sexually assaulting teenaged girls. George’s family, and in particularly, his wife, Joan grapple with their feelings and beliefs of whether he is innocent or guilty. In light of high profile celebrities who have been accused of sexual assault, this book examines in great detail the effects of the accusations on and the biases held by the defendant’s family, friends and community. Whittall’s writing is deep, penetrating the depths of her characters’ inner worlds and her dialogue sparkles with authenticity, particularly that of George’s teen daughter, Sadie and boyfriend, Jimmy. Whittall allows the story to unfold at an unsensational pace, as it closely examines the stages of shock, grief, anger and confusion experienced by Woobury’s family. Also mention the viewpoint of the victims. Ripped from ubiquitous news headlines about Trump, Ghomeshi, Cosby, the criminal justice system’s weaknesses (might be a spoiler). Character development is rich: the rebellious daughter, Sadie; Andrew, George and Joan’s lawyer son who is gay, Jimmy, the clinging, but supportive boyfriend of Sadie and Clara, Joan’s snappy, no-hands barred/ no flies on her/take no prisoners attitude sister.

The book delves into rape culture and is told from the perspective of the accused’s family and will leave you questioning. We don’t get to learn/hear from the accused or the accusers; the book focuses on the feelings of the accused’s family and their degrees of support towards George. An exploration of consent. Parallels with boyfriend using daughter for his story and son having relationship with his high school coach. The Best Kind of People is published by House of Anansi Press.

The Break by Katherena Vermette

Shortlisted for the 2016 Rogers Writers’ Trust Fiction Prize and the 2016 Governor General’s Literary Aware, Vermette’s debut novel, The Break, opens with a violent crime that takes place at The Break, an open field in Winnipeg’s North End. Although the crime remains the centerpoint of the story, it indirectly links several Metis women and men who individually experience domestic violence, addiction, broken relationships and youth crime. Through various narrative shifts, Vermette shares their stories that underscore the strength and survival skills of Indigenous people, particularly when faced with prejudice by the white dominant class. The Break is published by House of Anansi Press.

Jowita Bydlowska’s Guy is smug, self-satisfied talent agent who thinks he’s God’s gift to women. He categorizes women according to his view of their appearance from 1-10 and in fact, he chooses women to sexually conquer who are plain, perhaps a 4 or a 5 and have “asymmetrical” facial features. In Guy’s mind, he feels he is giving these girls the experience of a lifetime to be with someone as goodlooking as he is – an experience that will perhaps change their perceptions about themselves. Guy has an older girlfriend, Gloria, a well put together 40-year-old whom he feels makes him look good, yet he has no desire for a serious future with her and is relieved when her pregnancy turns out to be false. Most of us have met a guy like Guy and that’s what makes this book relatable. Guy painstakingly prepares healthy meals of veggies, lean meats and smoothies and performs his daily exercise ritual/routine of squats, push-ups and running. Guy, however, overplays his hand and meets a woman who plays the manipulation game much better than he does. Bydlowska’s writing is clear, gloriously without excess and fluid and Guy’s thought processes are at times truly laughable for their outrageous superficiality. It’s a great investigation into the mind of a serial misogynist and if you’re expecting this novel to contain lots of steamy sex scenes, you would be right. Guy is published by Wolsak and Wynn Publishers Ltd.

The Evening Chorus by Helen Humphreys

Although The Evening Chorus was published last year, I’ve just gotten around to reading it this year and felt it warranted being included in this list. During WWII, RAF pilot James Hunter is captured and placed in a German prison camp. To pass the time, James observes and documents redstarts, who are building a nest outside his window. He writes home to his newlywed wife, Rose, back in England, about his bird observations. Rose is left feeling confused by her husband’s passion for birds. In the meantime, James’s sister, Enid, is bombed out of her London apartment and moves in with Rose temporarily. Like her brother, Enid studies the local flora, while Rose patrols the neighbourhood as a blackout warden, ensuring that lights are out by a certain time. Both women keep secrets from each other. In Germany, James befriends the Kommandant at his camp, who is a fellow bird lover. The intellectual Kommandant reveals his reluctance to be an officer in the war and takes James on an excursion to see some Cedar waxwings. Humphreys has crafted a story featuring characters who find themselves in unwanted roles while juxtaposing the calming symbols of nature with acts of egregious violence. It is Humphreys’s luxurious prose that makes The Evening Chorus a beautiful read. The Evening Chorus is published by HarperCollins Publishers.

13 Ways of Looking at a Fat Girl by Mona Awad

Shortlisted for the Scotiabank Giller Prize 2016, Mona Awad’s book is actually 13 short stories about Elizabeth, who at other times goes by “Lizzie” or “Beth” depending on what weight she is. In the beginning, Elizabeth is an overweight teenager, plagued by insecurities about her looks and whether boys find her attractive. She and her best friend, Mel, try Internet dating, dating older men and dating somewhat “creepy” men as they try to find love and acceptance from men. There are some admittedly funny moments in the earlier stories although, overall, this is a serious read about a serious issue: women’s (often unhealthy) relationships with their bodies. Many female readers will recognize Elizabeth’s self-critical thoughts as ones that they have about their own bodies. Awad’s writing is stellar, crisp and alive and her insight into the issue of fat shaming is remarkable. As the stories progress, Elizabeth does lose a lot of weight, but she does not adopt a healthy self esteem nor is she kinder to herself or her female acquaintances. She still evaluates other women according to their weight and she becomes obsessed with maintaining her slim figure. This is probably the most disturbing aspect of the book: happiness and self-acceptance for Elizabeth are elusive no matter what her weight. The take away from this book is huge: it’s absolutely necessary to block out all the negative noise from the media, work, community, friends, and family about what one is supposed to look like and to nurture kindness, positive thinking and compassion from within towards oneself and to others. I can think of no better way to start 2017. 13 Ways of Looking at a Fat Girl is published by Penguin Canada. 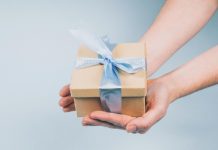 Holiday Gifts Your Grandparents Will Love 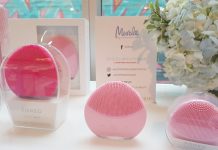 Beauty Gifts for Her for Christmas 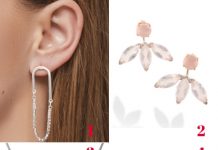 Jewelry Gift Guide for the Holidays 2019