March Break is upon us from March 13-17, 2017 and you may still be making plans for your kids to enjoy their mini-vacation from school. There is a lot going on in Toronto next week including theatre performances, the circus, and an awe-inspiring IMAX film at Ontario Science Centre. Here are our suggestions for things to do March Break in Toronto 2017.

Bring the family during March Break to see Cirkopolis by Cirque Éloize at the Bluma Appel Theatre from March 1-18, 2017. The 80-minute long performance features acrobatic feats, theatre and dance with an original musical score. Tickets are $39, $69 and $99. No intermission. The Bluma Appel Theatre is located at the St. Lawrence Centre for the Arts, 27 Front Street East, Toronto.

This family-friendly, shadow puppet play, being performed in Toronto from March 10-12, 2017, tells the tale of star-crossed lovers Zaul and Rudabeh, who triumph over inconceivable odds. Offering a different view of Iran, performers wear handmade masks and costumes behind digitally animated backgrounds and projected on a cinema-size screen to create the feeling of live animation. Feathers of Fire: A Persian Epic is being performed at the George Weston Recital Hall, 5040 Yonge Street. Tickets are $45, $65 and $85. Run time is 70 minutes.

The Ontario Science Centre is screening Dream Big at the OMNIMAX Theatre. The film examines the impact of engineering around the world. Other March Break activities at the Ontario Science Centre include Biomechanics: The Machine Inside exhibit, which looks at animals and plants as machines built for survival. See our review of Dream Big and Biomechanics: The Machine Inside here.

March Break at the Art Gallery of Ontario

The Art Gallery of Ontario (AGO) has a special line-up of interactive March Break programming from Sat., March 11, 2017 to Sun., March 19, 2017 on a drop-in basis. March Break activities include a life-sized cardboard maze, creating a miniature museum in a box, family yoga, an imagination playground that can be transformed with big blocks, and building a cardboard city using tape and creativity gided by Toronto artist and designer Sean Martindale. The Art Gallery of Ontario is open 10:30 a.m. to 4 p.m. daily. Admission is free for AGO members and children five and under. A special discounted family pass is available for advance purchase online for $39. A family pass admits two adults and up to five youths (ages six to 17). Individual tickets are $11 for youth ages 17 and under, $16 for seniors and $19.50 for adults and can be purchased online, in person and by phone at 416-979-6648.

If you’re looking for fun things to do March Break in Toronto, you might want to bring the kids to Black Creek Pioneer Village to solve Sherlock Holmes & The Maple Mystery. Kids can hunt for clues, ask questions of characters and attend detective workshops. Enjoy maple syrup samples at The Maple Syrup Show from 12 p.m. to 4 p.m. There will be food, hot chocolate, apple cider and cookies. Horse-drawn wagon rides are available for an additional charge. Black Creek Pioneer Village hours during March Break are Monday to Friday from 10 a.m. to 4 p.m. and Saturday and Sunday from 11 a.m. to 4 p.m. Adults $15 plus HST, Seniors $12 plus HST, Students $12 plus HST, 14 and under Free with an adult admission (up to four kids). No MAP passes accepted during March Break. Parking is $7.

Enjoy March Break with the kids. Please let us know in the comments if you have any suggestions for things to do March Break in Toronto. 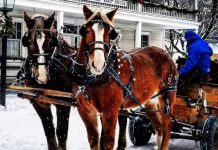 Things to Do March Break in Toronto 2020 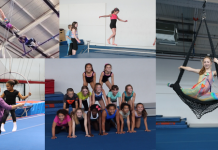 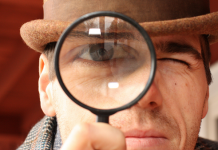 Things To Do March Break in Toronto 2019