The Canadian Museum of History is both a visual wonder and a cultural wonder. It is located in Gatineau, just across the river from Ottawa. You can explore Canada’s 20,000 years of human history under one roof. The museum celebrates and explores people, communities, Aboriginal Canadians and Canadians who live here.

The building is a marvel and worth checking out from every angle.

There is a lot to explore inside. You may want to allot yourself plenty of time if you want to see (and read) everything.

You may recognize this sculpture – the image was featured on Canadian $20 bills issued between 2004 and 2012. This sculpture features a Haida canoe, filled with some of Reid’s favourite creatures of Haida tradition. It is wonderful to have this sculpture in the hall filled with totem poles because Bill has freed the creatures from their static positions on totem poles, and placed them in this boat where they are working together to achieve their goal.

The Great Hall is the first thing you see when you enter the Museum of Canadian History and it is quite marvelous. There are huge totem poles carved with fantastic animals. Across from it are floor-to-ceiling windows that give a wonderful view of the nation’s stately Parliament Buildings across the river. The effect is breathtaking.

This gun is believed to have been used to assassinate MP and Father of Confederation Thomas D’Arcy McGee in 1868. The government offered a $2,000 reward to find the killer. Less than a day later, James Patrick Whelan was arrested. We learned a lot about this assassination in The Haunted Walk, a fun and informative way to learn about this bit of Canadian history. Check out my Haunted Walk blog.

Hockey holds a treasured place in Canada’s culture and the Canadian Museum of History created an exhibit of hockey artifacts and collectibles. It also has an interactive component. While I don’t have much interest in sports and took a very casual look through this section, I did find some interesting things to check out, such as the origin of hockey and the diverse groups that have played the game. I was curious about the earliest known hockey stick and I got to try on some pretty crazy gear.

The Canadian History Hall tells the history of Canada and its people from the dawn of human habitation to the present. It is filled with authentic artifacts and stories making in a marvelous learning experience. One section of the Canada Hall features St. Onuphrius Church, a historic building from Smoky Lake, Alberta. Originally erected in 1907, and consecrated Ukrainian Catholic church, the church has been meticulously reassembled in the Canadian Museum of History, complete with all its ritual objects, religious decor and furnishings. You can go inside and explore.

The museum also houses the Canadian Children’s Museum, which you can get into with the same entry ticket. I walked into what they describe as The Great Adventure. It is an interactive exhibition where all who enter can travel to international destinations, go to a cafe, make pizza, travel a hippie kind of bus and do all kind of fun things. It is a lot of fun for kids and for those of us who never grow up. The kids driving the bus picked me up and off we went on our magical adventure. Next time, I’d like to bring a child since this a neat way to learn things. Before going on the bus, kids can figure out what kind of items need to be packed by various kinds of travelers.

The museum imbues the mind with history, culture, and architectural genius. 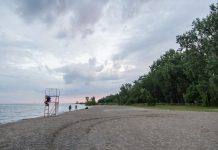 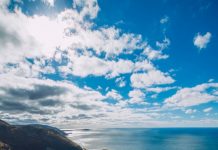 8 Reasons You Should Visit Canada for Your Next Vacation 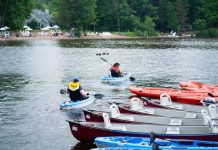 Summer Resorts for a Getaway near Toronto