Once a month, and sometimes even more frequently, hundreds of well connected Toronto area tech workers gather in one spot to listen and learn the latest trends and social tactics presented in recent business case studies at TechTO. This meetup has become a much anticipated monthly occasion and a celebration of good ideas and technological innovations as the leaders of Canada’s largest companies discuss how they use the internet.

TechToronto, or #TechTO, is the biggest monthly technology meetup in the city. But it didn’t start that way: this is the little webmaster convention that grew. If you read the About Us section on the TechToronto.org website, Jason Goldlist describes how the first meetings happened in pubs and restaurants. Outgrowing these smaller venues, the meetup group moved about for many years as it grew and grew until it couldn’t possibly get any larger, and now it’s a monster.

TechToronto went mainstream long ago and is now hosted in the most capacious conference rooms of the tallest bank towers in the city. The 2018 conference schedule features rock star executives from A-list companies and super generous giveaways from the biggest corporations on planet Earth. Sponsors include Facebook, Microsoft, and Rogers is in there too of course, and even General Motors. The City of Toronto itself, Canada’s largest urban center and the fourth largest metropolis in all of North America, is also among the proud sponsors.

Below is Tricia Adler with her two-slice pizza dinner. This enterprising #TechTO attendee retails magic charms online at Amulights.com and is a well known female Canadian webpreneur. She comes to this convention every month to network and connect with people who can grow her business.

The Women in Tech Meetup was present in the foyer. Check Eventbrite for Women in Tech events and to get details on their many activities throughout the city. By the way, men are welcome to join and participate.

So what actually happens at TechTO?

As per the mandate on their website, the monthly TechToronto meetup is designed for Toronto technologists to “learn something new and meet someone new.” The entire evening is organized around an idea that goes back to its root origins; five speakers get five minutes each. Each presentation is made by a Toronto technology company, and they use their time on stage to share a lesson learned, a counter-intuitive finding, or to demonstrate and sometimes even “debut a disruptive new technology.”

Yes, the five show & tell sequences last longer than five minutes each; with questions answered they can stretch to fifteen and sometimes twenty minutes per speaker. And remember, there’s forty minutes of networking over beer and pizza beforehand; put it all together and you’ve got a proven model for tech convention success.

A dozen or more vendors line the corners and ends of the lobby area outside the main conference room; every business in a booth presenting out here was busy competing for attention and was therefore giving away something. These baubles ranged from paper wrapped chocolates, free mobile apps, colourful (branded) stickers for laptops and rubber squeeze toys.

Hover domain registry was there giving away dress socks again – they did that at HackerNest as reported on eMagTO, but this conference is much larger, and so many more socks would be required. Over four hundred people attended TechTO on this Monday night, Feb 12, 2018 – such is the appetite for learning and networking in this sector.

There is one more magic ingredient that makes this mix extra special; Jason Goldlist is among the most charismatic and unique MCs in the city. Iconic on his hover board, he marshals the masses into the theatre with his megaphone.

And then there’s another extra special feature that must have evolved into the activities menu and stayed there because its so popular; after introductions and before the first speaker comes on stage there’s a fifteen-minute open mic session where audience members can regal the masses with their own promotional messaging for ten seconds each. Jason stands, or hovers, beside the speaker with his eyes on a stopwatch, and he will, and often does, take the microphone right out of the speaker’s hand, mid-sentence, at the eleven second mark!

This portion of the itinerary always yields an amazing array of orally-delivered classified-ads style messaging. Someone in the audience will stand and say, ‘We’re looking for developers here’, and someone else will say, ‘I’m an out of work techie please hire me’; it’s a highly entertaining segment that has survived the scheduling because it is so popular, helpful and authentic.

Raymi Lauren strategically positioned herself at the back of the room to lay in waiting, ready to pounce as Jason passed during the open mic session; Toronto web development company Full Stack Resources sends Raymi Toronto to these conventions to make friends and influence people. Carrying brochures and questionnaires from Full Stack Resources, Raymi represents an entirely new business model that peddles custom software solutions over hard-to-find IT staff.

When Raymi got the mic, she shouted out solicitations to business owners looking to develop online resources, and also to unemployed programmers and coders looking for work. This duality ensured the message was well received and judging by the similar calls that came afterwards, it may have inspired some other software engineers to broadcast their own technical offerings.

After the pass-the-conch ceremony concluded, the audience was then treated to some words from the sponsors, and among the highlights here was Michael Dingle from PWC – Price Waterhouse Cooper who showed statistics illustrating how much money was pouring into the tech sector, and particularly to new startups where investors believe they can get more ground level opportunities. Michael is a Partner in the Deals practice of PwC Canada and leads the firm’s Deals efforts in the Technology Sector on a national basis. Run by #CDNTech leaders @dulny, @DingleMichael, #MoneyTree Q2 2017 is available now.

Then the speeches started proper, and first up was Mark Opauszky, Co-founder & CEO of LookBookHQ. His company builds software that accelerates B2B purchase decisions by helping marketing and sales educate prospects and customers faster and more efficiently. They have a great reputation among marketing technology vendors, and LookBookHQ prides itself on being proactive about optimizing performance on behalf of their clients. Mark himself and the Lookbook HQ company as a whole has lots of experience to share with hundreds of deployments under their belt now; at this point they can speak confidently about every nuance and use-case for their software.

Next was Dr. Joshua Landy, Co-founder of Figure1. This firm has made medical sharing technology that allows physicians and institutions to effortlessly share medical cases and get second opinions and additional insights on treatments. Their technology saves lives.  Joshua Landy’s discourse was inspirational; more than once he referenced the value of (and the need for) a Hippocratic oath for technology workers.

Don Mal, the Founder and CEO of Vena was the third speaker and he also explored ethics and workplace ‘best practices’. Vena is enterprise class software for budgeting, planning and forecasting with powerful reporting and analytics display tools.

And finally Jordan Wimmer, CEO and Co-Founder of Thrive Savings took the stage around nine thirty pm. This company earned some gasps when it became clear what exactly they do; Thrive Savings is an automated savings program that attempts to customize itself to each user’s lifestyle, income, and spending habits. The software helps people save money by extracting it when they are least likely to notice or care.  But what piqued the audience is how they ask Canadians if they can link to their bank savings and chequing accounts! And more amazingly, how and why so many people are now saying ‘yes’.

This from their website: “Thrive supports all major banks and credit unions across Canada. We’ll analyze your spending and income patterns and use this data to determine how much to save for you. Thrive is secure. We protect your data with bank-grade 256-bit encryption.”

In summary you could say that the #MeToo movement has definitely impacted these bright lights big city technology companies and female equality but also worker empowerment in general was a talking point in all presentations.

Follow Tech Toronto @TechTorontoOrg , ‏a pillar in the Toronto technology community. Search #Entrepreneurs, #Startups or the hashtag #TechTO in any social medium to get real time updates on this entertaining high-tech knowledge network. 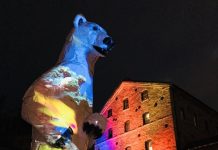 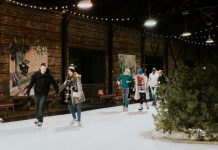 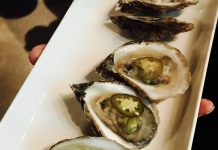