Across the provinces, especially those with a high population, there is a growing boom in construction and refurbishment of all infrastructure. As a result, Toronto, Vancouver, Ottawa, Montreal, and other major cities in Canada all have a high need of jobs. These in-demand jobs in Canada will be around for the next five years giving great opportunities for those who want to work since employers have to hire and retain quality workers for the long-term.

Plumbing jobs are in demand in Canada to repair and clean the city’s draining systems. As major public industrial facilities update their piping systems and begin new construction projects, they need to have their own drainage systems cleaning facility. They must clean every pipe before installing new sprinkler systems before pipefitters can begin. These fitters are, in turn, also in demand because of the amount of pipes being installed top to bottom. Plus, for those who are worried about the use of robots, these high-skilled trades only worked through manual power, meaning they won’t have to worry too much about automation.

With so many infrastructure projects in Canada, there is a need for construction labour. A lot of construction jobs feature those who are skilled in multiple trades such as welding. Welding is one job in high demand in a workforce that is younger than other occupations. Welders with high-level skills are more likely to have better job opportunities than others. With fitting skills, they use multiple maneuvers and read blueprints. Industrial electricians are also in high demand because in the past two years, about 2,000 jobs have gone unfilled due to a lack of qualified electricians. Outside of Toronto, they are very much in demand in rural provinces including Alberta, Saskatchewan, and Newfoundland.

There can never be enough truck drivers carrying commercial goods from Vancouver to Quebec City. The economy depends a lot upon truck drivers, but there is a growing shortage because of the lack of young people applying for existing jobs. Half of the truck-driving workforce is between age 47 and 65 and there is an estimated 130,000 available jobs at this moment. Going into the city and out to the most remote areas of Canada requires a lot more truck drivers transporting tons of various materials.

Canada experienced a strong economy in the past few years with unemployment falling below under 6% in 2018, the lowest in the last 40 years. General laborers are the single most job in demand in Canada right now. Construction projects will continue to grow across Canada. New buildings, restoration projects, road repairs, and sewer drain repair are all contributing to the rise in blue collar positions. These jobs require the completion of vocational training or an apprenticeship program plus trade certification; however, a degree is not required. Many young people may want to consider going into the construction industry where the available positions are plentiful. 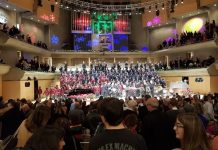 The Power of ‘No’: Manage Christmas Holiday Stress 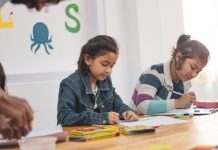 After School Program Ideas for Kids in Toronto 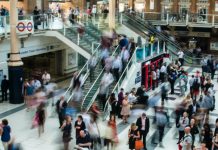 The Top Safety Skills Everyone Should Have